I scored a front row spot at the end of the campground – beach level .. or very near to it.  YES! 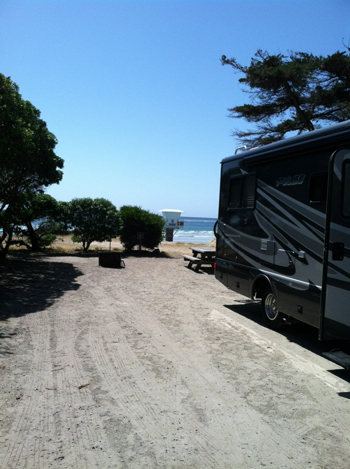 We camp at San Elijo a lot and this time I was SO excited to be in this spot!  You can see the lifeguard stand in the picture.  To the left of the stand, you can have your dog on the beach, on a leash.

My campsite is right there!  Up the little slope and to the right! 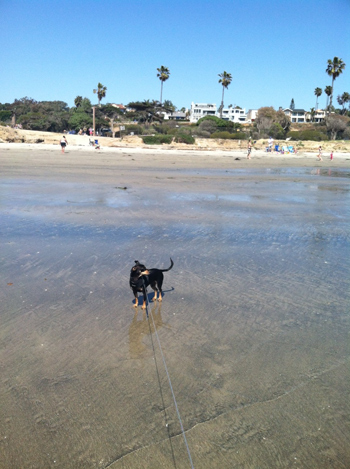 Max loves the beach!  Some people take their dogs off the leash early in the morning … watch out as you might get ticketed.

The weird thing about this spot –  I think because the back opens up the way it does, some people thought they could just walk through our site.  First it was the kids on their bikes.  My husband wasn’t there yet and his Jeep wasn’t blocking their cut-through-path ..  There is a walkway right next to our site which I pointed out to the kids and then to a man who just started walking through out site until Max started barking at him!

I don’t know about you, but I think it is bad camping etiquette to walk through someone elses campsite.  On Saturday morning, the site next to us was empty, so a man pulled his minivan into the site and started unloading his beach gear…. right through our site.  My husband and Max were out on the beach and I was sitting in the RV and wouldn’t have noticed the minivan guy right off, but I saw our pop-up awning move and thought that was weird.  I went out and minivan guy had run into it with his armload of gear.  I asked him to not walk through our site.  He told me I wasn’t nice and I told him I think it’s inappropriate to walk through someone’s site.  He went on and on about how not nice I was and even told me ..  “I bet no one wants to sit around the campfire with you at night” … really?  What a jerk.  My husband got back from the beach and I told him about what the guy said .. my husband gave him a stare and asked if things were okay.  The guy quickly became nice ..  I was so mad and just wanted to go off on him .. not my husband, but the minivan jerk!

And … it turned out to be a very busy weekend at San Elijo, as a church group had a ton of people camping and enjoying a horseshoe tournament right behind our site on Saturday, followed by a Chili Cookoff and movie later that night.  So much for my view and quiet camping weekend ..  but at least they were nice people 🙂 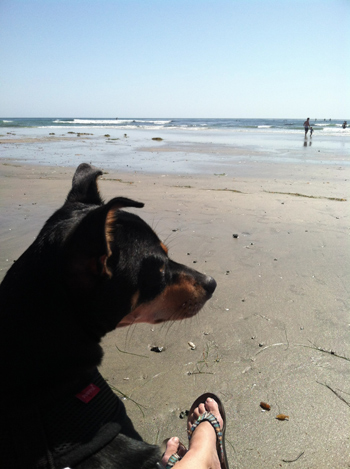 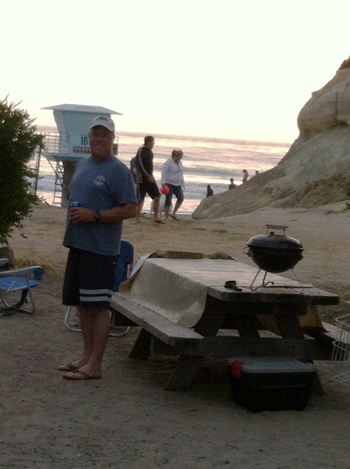 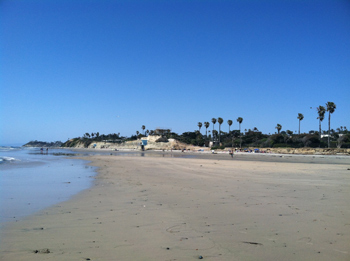 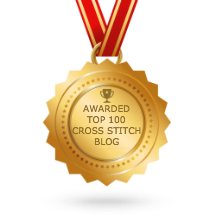